Volume 13 of the Journal for the Canadian Society for Coptic Studies is now available! CSCS members have online access to the journal with their membership! Please follow the link here: ​https://lockwoodonlinejournals.com/index.php/jcscs or follow the CSCS Journal tab above
UNIVERSITY OF TORONTO COPTIC STUDIES ENDOWMENT FUND NAMED AFTER FR. MARCOS
On December 11, 2021, at the St. Mark’s Coptic Cathedral’s (Markham) one year commemoration programme in memory of Fr. Marcos’s passing, Professor Timothy Harrison, Chair of the Department of Near and Middle Eastern Civilizations, announced that the University’s Legal Department has approved naming the Coptic Studies Endowment Fund:
Father Marcos Memorial Fund in Coptic Studies.
An endowment fund in memory of Father Marcos Marcos, beloved Protopriest of St. Mark's Coptic Orthodox Church in Toronto, has been established in the Department of Near and Middle Eastern Civilizations to support Coptic Studies programming.
In 1964, he was ordained to the priesthood and commissioned to minister to the Copts in North America by His Holiness Pope Kyrillos VI. Fr. Marcos settled in Toronto and established St. Mark's Coptic Orthodox Church in Toronto, the first Coptic Orthodox Church in North America. Fr. Marcos travelled throughout Canada and the United States to serve local Coptic communities until their own churches were established.
This endowment fund, named in his memory, wishes to pay tribute to the breadth and scope of his vision and accomplishments in the field of Coptic Heritage. Under his leadership, discussions between the University of Toronto and St. Mark's Coptic Orthodox Church led to the offering of Coptic Studies courses in the Department of Near and Middle Eastern Civilizations.
PHOTO: Professor Timothy Harrison at the One Year Commemoration of Father Marcos’s passing 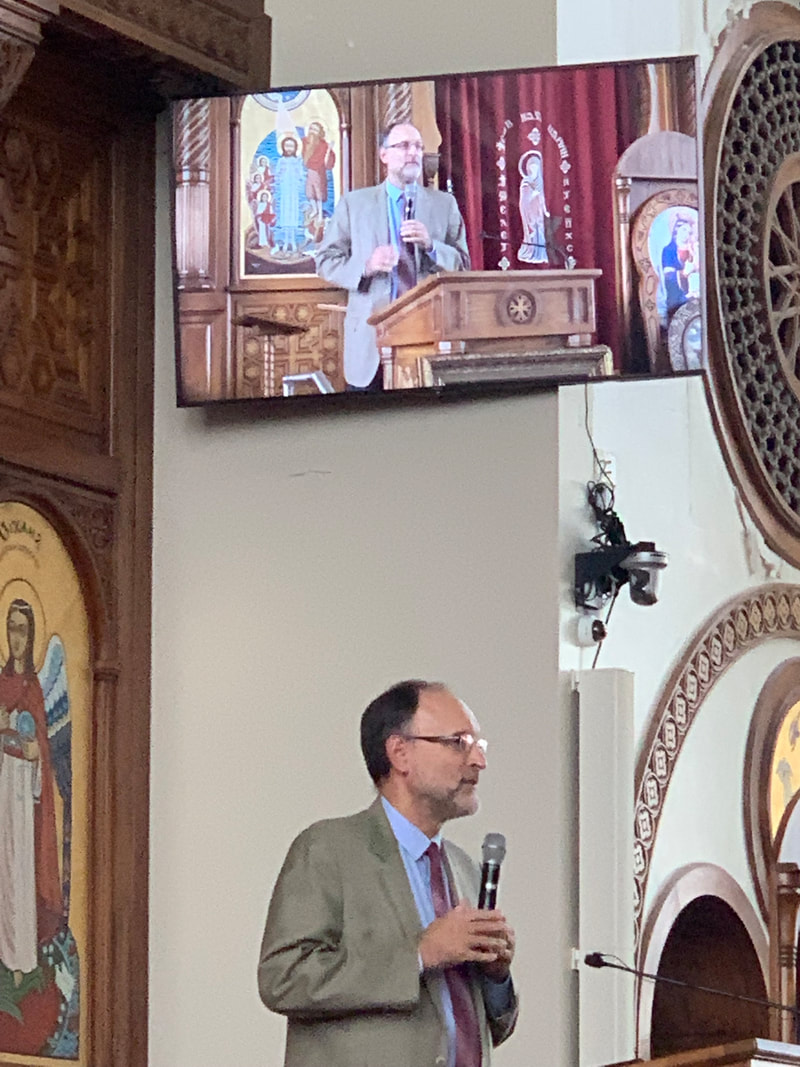 Dr Helene Moussa contributed to the Claremont Coptic Encyclopedia an entry entitled, “The Canadian Society for Coptic Studies.” Please read and download at:
https://ccdl.claremont.edu/digital/collection/cce/id/2174
The full Coptic Encyclopedia can be accessed at:   https://ccdl.claremont.edu/digital/collection/cce
Vol. 12 (2020): Journal of the Canadian Society for Coptic Studies is Out! You can access it here: